We've made every effort to make sure this information is correct and up to date, but Zimbabwe is a rapidly evolving and changing economy. Information given here should be used as a guide only. Please confirm specific details with your booking or travel agent.

Prior to Independence, achieved in 18 April 1980, Zimbabwe was known as Southern Rhodesia.

The borders of the country as known today were originally established under British Royal Charter, granted in 1890 to the British South Africa Company (BSAC) under the control of Cecil Rhodes. Having first occupied Mashonaland, which became the eastern half of the country, and founding the capital of Salisbury, later to become Harare, representatives of Rhodes tricked the Matabele King Lobengula into signing away his kingdom, Matabeleland, before creating a conflict which resulted in the occupation of Bulawayo, Lobengula's seat of rule, with the Matabele King fleeing from the overwhelming fire power of the BSAC troops. The King was apparently in ill health, and died soon afterwards, his final resting place kept secret to this day.

Northern Rhodesia and Nyasaland were granted independence in the following year, 1964, becoming the republics of Zambia and Malawi. In 1965, the white-minority Rhodesia government led by Ian Smith, whose Rhodesian Front party opposed concessions towards black majority rule, made its Unilateral Declaration of Independence (UDI). The British government, Commonwealth, and United Nations condemned the move as illegal, leaving Rhodesia unrecognised by the international community and leading to fifteen years of civil unrest and a bitter bush war in the struggle for independence.

Zimbabwe covers an area of some 390,580 square kilometres, consisting of a central highveld area, a raised granite shield known as the Zimbabwe Plateau, with an average elevation of just over 1,000m. In the north the plateau drops dramatically towards the Zambezi Valley, forming the Zambezi Escarpment. In the southwest a broad area of the country slopes down towards the Limpopo. From the western border with Botswana, windblown sands from the Kalahari Desert extend into the country. To the east a range of rugged mountains, the Eastern Highlands, forms a natural border with Mozambique.

The country can be divided into three broad climatic regions. The central plateau, covering most of the country, is generally temperate, whilst low lying areas, such a the Zambezi Valley, are significantly warmer and drier with hot summers. The Eastern Highlands are cooler in climate with much higher year-round rainfall.

In the Victoria Falls region late Summer rains dominate the seasonal cycle, usually lasting from November through to April, and bring relief after months of drought. Rainfall frequently occurs in brief but heavy afternoon downpours and dramatic thunderstorms.

Summer: The months from August – April are warm (high 20°C’s) with temperatures reaching their upper limit for the area during October (around 35°C). Night-time temperatures drop to 15-20°C. Before the onset of the rains, during September and October, hot dry daytime temperatures dominate.

Winter: May – July and into August. Winter brings slightly lower average daytime temperatures with typically cooler at night and in the mornings. Night-time temperatures can drop below freezing, especially in exposed higher areas (for example in Hwange or Bulawayo), but within close proximity of the Victoria Falls frosts are very rare.

It is advisable to travel with light-weight clothing, with warmer layers for the chilly early mornings and winter evenings (certainly a fleece is handy during winter) and a light rain-coat for the rainy season, when torrential thunderstorms can be common, and something you will use at least once - when you visit the Falls!

Zimbabwe is made up predominantly of two ethnic groups – approximately two-thirds of the estimated 10 million population are Shona, from the eastern half of the country, and remainder mostly are Ndebele, from the western half. Various other minority groups also occur in the country, for example the Tonga people of the Middle Zambezi Valley, and who are found on both sides of the river and also form a minority group in Zambia. Although a great deal of traditional customs are still followed, the main cities are modern and westernised.

Zimbabwe has three official languages; English, Shona and Ndebele. English is predominantly used in business and government. Shona is the most widely spoken native language, with Ndebele (Sindebele), spoken mainly in the west of the country. There are several other regional languages which may be encountered.

The majority of the population follow Christianity in one form or another. It is estimated that about 75 percent of Zimbabweans belong to mainstream Christian denominations, such as the Roman Catholic, Anglican, or Methodist Churches. Over the years a variety of indigenous churches and groups have also emerged from these mainstream denominations.

The Zimbabwe Dollar is no longer in circulation (withdrawn in 2009 after years of uncontrolled inflation). The official currency now the US Dollar, of which smaller denominations can often be in short supply, so try and bring smaller value notes rather than larger if you have a choice. Other currencies such as the South African Rand, Botswana Pula and Pound Sterling are also accepted, but often at slightly less favourable rates as everyone appears to prefer US dollars (again smaller notes recommended).

There is a shortage of low denomination change, especially cash under a dollar, which is often given in Rand or Pula coinage (there are no US coins in circulation), and which again can be in short supply, so if you are travelling up from South Africa save your coins, they'll be useful! Note the main supermarkets usually give credit notes or sweets when the coins run out (your choice)!

In answer to the cash shortage, in December 2014 the Zimbabwe Reserve Bank (RBZ) introduced special 'bond coins' into the market. Their value is on par with United States cents but the are only for use within Zimbabwe. Coins to the value of 1c, 5c, 10c, 25c and 50c were introduced.

Visa cards are accepted by some, but not all, establishments. Mastercard is generally not as widely accepted, although ATM machines generally accept both. Note that you you may have to try several different ATMs in town until you find a bank which likes your card and there have been periodic shortages of cash in the banking system.

Of the main banks, Standard Bank is located near the OK Supermarket, and Barclay's Bank, along with others, near the Post Office on the way to the Falls. Some Hotels also have banking facilities, including The Kingdom.

ZANU-PF (Zimbabwe African National Union – Patriotic Front) and MDC (Movement for Democratic Change, of which there are two main factions).

Harare, in the central northeast, is the capital city and the major urban centre of the country. Its population is estimated at 1,600,000. Bulawayo, in the central southwest, and 400 km south of Victoria Falls, is the country’s second city, with a population estimated at around 800,000. Other large towns include Masvingo, Mutara, Gweru and Victoria Falls.

220 v – plugs are predominantly British-style square three-pin sockets, although South African round three-pin sockets are increasingly common, which usually means carrying at least one travel adaptor is recommended (especially if you mobile device is a two-pin type, as they don't fit into the round sockets!).

Interested in exploring Victoria Falls with us? Contact us with your enquiry and we'll be happy to quote on your chosen options. Email: info@discover-victoriafalls.com 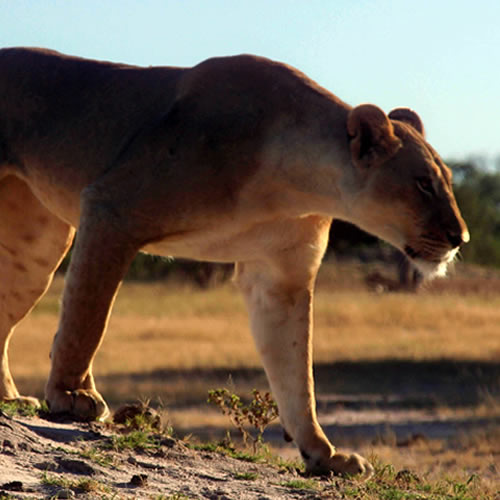 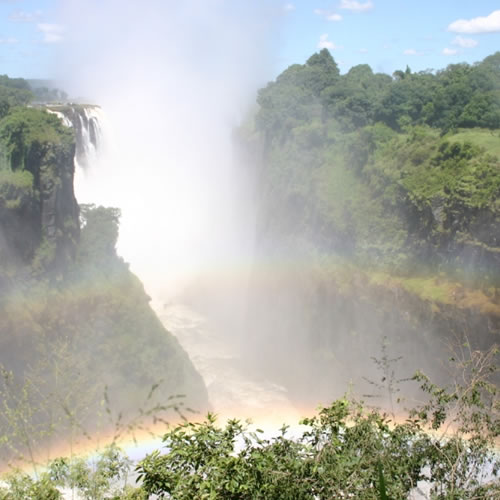 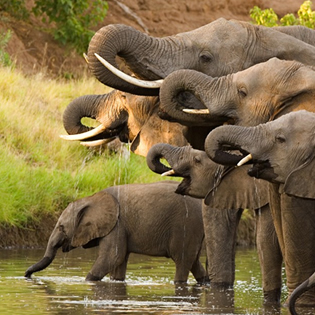